“With the emergence of the world’s first mutant, Apocalypse, the X-Men must unite to defeat his extinction level plan.”

I absolutely loved this film. I had a phenomenal time watching X-Men: Apocalypse! I loved it’s predecessors (First Class/Days of Future Past) and was so happy that it met those same expectations. I was just so surprised and can’t wait to share with you why I loved it! Let’s get started 🙂 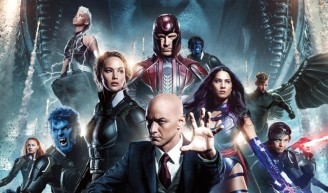 I loved the story! The film began with the introduction of Apocalypse which I thought was handled very well and as each scene moved on from that point I felt more engaged and just invested. It’s very rare that a film gets exponentially better as each scene passes by, but that’s what I felt this movie did exceptionally.

The main focus of this story is that Apocalypse wants to cleanse the earth of it’s war, pain, and suffering. As a being who was praised and treated like a God, he was disgusted by what he woke up to. He believed he would find a world ruled by mutants at his service. His motivation was authentic and inevitable as his evolution has lead him to have elements/personality of an Appex Predator. I definitely cared about everything that was going on with the story! 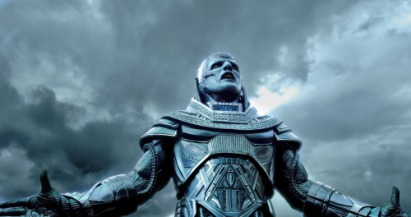 The majority of the cast brought everything they could to their roles with what they had and that’s something I really appreciate because it shows on the screen. The definitive standouts for me were Michael Fassbender (Magneto), James Mcavoy (Charles Xavier), and Evan Peters (Quicksilver). They were my favorite characters and created my favorite scenes.

After seeing this movie, Fassbender’s Magneto is one of my favorite comic book performances. HE KILLS IT IN THIS FILM! He honestly just does a beautiful job of portraying a tormented character filled with pain/anger, but yet still consists the most serenity within him! His emotional arc in this film is beyond incredible and I can’t believe how well it’s been expressed throughout this entire trilogy. 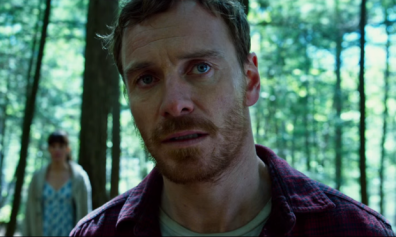 I’ve always loved McAvoy’s portrayal of Professor X. This was the best I’ve ever seen him. He was brilliant and the most vulnerable to date. What’s so breath-taking is that these actors cared and give it 110 percent. They make their characters feel like real people with real inner struggles that I care about. He became Charles Xavier. Loved it!

HOLY CRAP FREAKING CRAP QUICKSILVER!!!! Hands down he steals the show. He just does. His part in Days of Future Past was MIND-BLOWING and INNOVATIVE! I was very skeptical that they would not be able to surpass that. Yea…um THEY COMPLETELY SHATTERED IT! The song they used was PERFECT and just the entire scene had me wanting to get out of my seat with joy, I was laughing so hard, and my cheeks hurt so much from smiling. I need them to make a Quicksilver film NOW. 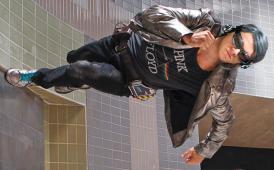 The rest of the cast members did such a great job with what they had! They executed Beast, Cyclops, Nightcrawler, and JEAN very well. I’m really looking forward to seeing their character progression! None of these characters felt forced or awkwardly implemented into the film an their interactions were so great to see. 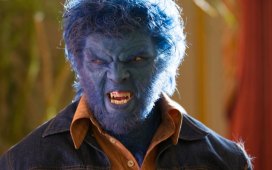 While I loved probably everything about this film, there are problems with it. I didn’t like these problems, BUT it did not take me out of the film or bother me to the point where it really hurts the film or my experience itself.

The main issue I had was Jennifer Lawrence’s performance as Mystique. I really loved how they used her in Days of Future Past, it was so clever and felt like she began to show her full acting potential in that movie. Her character showed awareness of the other characters and I felt her sorrow when her people were taken from her. Unfortunately, her feelings towards this franchise have diminished and it completely showed in this film.

It really sucks when everyone else brings it and then this one actor decides not to emotionally show up just because she doesn’t care about the franchise. Some of her line delivery was cringe worthy and it was just so difficult to connect. I do appreciate that the writers acknowledged her importance from the previous films and progressed the symbol that she meant for the other mutants that witnessed the events of Days of Future Past, her performance was just hollow.

As for the Four Horseman, three of them were not developed very well. Storm, Angel, and Psylocke felt more like objects rather than characters. It’s very difficult to flesh out every single character especially with a large cast, but it’s been done before. I just felt they weren’t handled well. 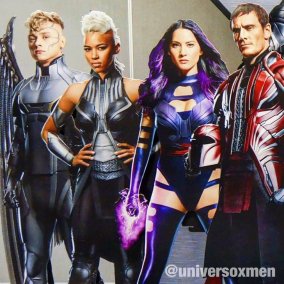 Oscar Isaac as Apocalypse I thought did a fine job. He’s an incredible actor, but I felt anyone could have played Apocalypse since they kept altering the voice and used large amount of prosthetics/make-up covering his entire body. I did not hate his look, but he just wasn’t that special when it came to character depth, which Isaac has potential to give us clearly from previous roles ranging from Inside Lewyn Davis to Ex-Machina.

The themes of this film were just outstanding. What make the X-Men so great is that they all feel like a huge family. A family that, at times, have great tension between one another, yet deep down, care for each other the most. They look out for each other. Apocalypse, Magneto, and Charles Xavier all had different ideologies on how they look out for their own people. How they take care for their “Children.” It was extremely interesting to see their dialogue and perspectives.

There are subtle themes of segregation and racism parallel to how the X-men are feared and looked down upon that are IMMENSELY important to acknowledge and reflect upon in our own world. This ability that the film had to make me think about treating others like human beings re-assures how enlightening the gift of acceptance for anyone and everyone can be.

Bryan Singer has made four incredible X-Men films. I have loved the films he’s given us and have always enjoyed the flow of his story-telling and focus of direction. He did a magnificent job with this one, but now it’s time for him to pass on the torch. With another X-men film, I feel he will be too exhausted and will risk making a sub-par film. If this is his last, a HUGE THANK YOU to Bryan Singer!

OVERALL, I absolutely LOVED this film. I was taken back with how much I really enjoyed it. It was fun, suspenseful, thrilling, and emotional. There were endless amount of moments where I kept saying, “HOLY CRAP or THIS IS SO SICK or OH MY GOODNESS.” My heart was beating so fast throughout the entire film. Some scenes were just gorgeous and the executions of others couldn’t have made me more satisfied! DAMN SOME SEQUENCES WERE HANDLED GREAT. I loved seeing the characters, majority of the performances, the action, and the story! I’m so happy that I get to say this was a great way to conclude another great trilogy. Mutant and Proud! Thanks for reading I really appreciate that. My rating for this film is 9/10! 🙂