A girl in a small town forms an unlikely bond with a recently-paralyzed man she’s taking care of.

I always go into every film expecting to enjoy the time I’m using to watch them. I love films so much and never want to dislike any, especially romantic films. The trailer had me intrigued because I really enjoy Sam Claflin (Hunger Games) and the concept of this relationship was very sweet. Let’s get started! 🙂 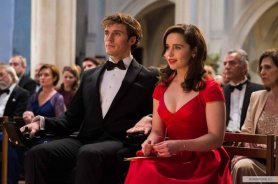 I really like the story of this film. Like I mentioned before, the concept of this unlikely bond between a pure uplifting care giver with this recently paralyzed negative man is an interesting and sweet relationship to be involved with, but the execution of several aspects of the film disconnected me from the potential of a great story to care about. I sadly never felt compelled in this movie. It just felt like I was watching this film about a woman who had been in a relationship for 7 years and putting that in jeopardy with a man she barely met who treated her poorly for 3 months. It’s not that I don’t have a heart haha, trust me I do because I’ve cried with films such as Eternal Sunshine of The Spotless Mind/The Notebook, I just thought this story was stale.

Emilia Clarke, for me, was completely overacting throughout this entire film. It’s been a very long time since I was actually annoyed with a character that made me want to       face-palm myself and unfortunately she accomplished that. She was too animated and it bothered me because she didn’t feel like a real character with emotional depth. I understand she’s full of love and excitement, but it was just way too much in every single scene she was in, she would shift the tone of a scene with her awkward forced facial expressions and silly line delivery when it was completely unnecessary. The best way to describe her is she felt like Amy Adams from Enchanted (awesome), but just annoying.

Sam Claflin as an actor for some reason, for me, I enjoy his presence on screen as any character he portrays. He was so sick as Finnick from Hunger Games: Catching Fire and I was very excited to see him as the leading man in this film. He was serviceable, but only because he wasn’t given a lot to work with. His character throughout the entire film stayed the exact same from beginning to end. There wasn’t any growth or decline for his physical arc or emotional arc. Of course you feel bad for him because this is a human being that is paralyzed from the neck down, that’s extremely tragic.

I just didn’t enjoy watching him have the same philosophy on life after his accident when he was clearly going through new experiences with someone taking care of him. I want to follow a character that grows or struggles or both, that’s what makes a character so interesting. He was just plain. I do have to say though, the first time that he meets the care giver was absolutely HYSTERICAL, I laughed so damn hard. I wish there was more of that with him.

Music is extremely important to a film, especially when trying to elevate emotion and tone to a scene. The music playlist in this film was just awful and the score was barely noticeable. The music actually ruined some scenes that were great, some scenes that could have been extremely emotional and captivating. Just because you throw two Ed Sheeran songs in this film doesn’t make it any better. I actually enjoy Ed Sheeran’s music , it just didn’t make sense to throw it in this story and it felt like an obvious cop out for a romantic song. 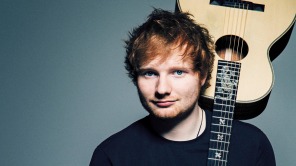 I enjoyed the theme of the film. From what I interpreted, the main message was to tell people that it’s okay to put yourself before others in some situations. This is an unlikely message to spread, but it’s completely true. Some individuals always put others before their owns selves to help them which is absolutely beautiful, but it some cases in can be dangerous and they can often forget to look over themselves. Claflin’s character kept telling Clarke’s character to live her life and to care for herself once in awhile so she can fully embrace her potential, stop worrying about him who is helpless and tying herself down because she’ll only be hurt in the end. That’s a great theme they could have emphasized on a bit more, but what a great message to reflect upon.

OVERALL, I disliked this film. I really enjoyed the theme, I loved the concept of the relationship, I really disliked the performances, the story was stale, hated the music choices, felt very awkward, most of the jokes were a miss, and some jokes were really insensitive. I wish I loved this film, I wanted to like it, I really wanted too, but no. So much potential..For those of you who enjoyed it that’s awesome, Really happy for you! Thank you for reading my review I really appreciate it. My rating for this film is 6/10! 🙂 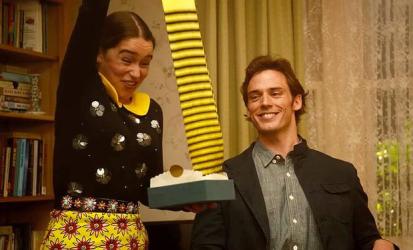