“A jazz pianist falls for an aspiring actress in Los Angeles.”

This was one of my most anticipated films of 2016 simply because of Damien Chazelle. Damien Chazelle directed Whiplash, which is one of my favorite films of all time. Whiplash is perfection with every aspect and seeing the trailers for La La Land it seemed like he was going to continue that excellence.

The trailers hooked me right away because of the music, the visuals, and the actors. I had the privilege of seeing this on the big screen right before the year ended with my girlfriend and by the end we were both snapping our fingers, singing, and dancing out into the parking lot. This was a magical experience and had our applause by the end of it. Let’s get started 🙂

I didn’t find the narrative gripping at first because it just felt like a simple musical love story. I have the hardest time watching musicals because the majority of the time I’m not invested in the stories as much as I could be when the characters are breaking into songs and dancing out of nowhere for no reason. La La Land is an exception to that because the music was phenomenal, the singing fit the tone, and the choreography was perfect.

Music was an important character in this story and did not distract me once I was invested. I loved the plot as it continued because I related so much with my personal experiences as an aspiring actor with the themes it had on artistic pursuit. La La Land felt like a classic musical, but managed to become original, realistic and grounded which gave it this intriguing contemporary aesthetic. These people, just like the older imaginative musicals, would break into song because they were too emotional to do anything else making the musical numbers justified, a similar example being Singin’ In The Rain.

This wasn’t just a wonderful love story set in Los Angeles, it was also about dreams and the difficult sacrifices in life that we have to make to either achieve those dreams or not. The chemistry between Gosling and Stone isn’t even the most exciting part, it’s their careers as the characters and their quest for success that make this feel like an authentic relationship in our modern time. If you’re someone who loves musicals with all your heart, you will lose your mind when seeing La La Land.

Emma Stone gave my favorite performance because I completely believed that she was this passionate person who wanted to become a successful actress. Watching Emma Stone as Mia juggling her stable paying job and wishful thinking auditions felt like I was seeing a reflection of myself. I cared about her because I completely understood what she was going through. Her experiences as the character were scary accurate and made me think about how I use to feel during the audition process and my current definitive dream as an entertainer in film.

Gosling continues to shine as an actor and I love everything he’s been involved with recently. Earlier this year, I saw him in The Nice Guys which was absolutely hilarious and he shares those similar comedic chops in this role as Sebastian, just toned down. I loved his passion for Jazz and his own personal journey was fantastic. The music he played was absolutely beautiful and also played a huge part as the inevitable conflict as well. His character arc along with Stone’s character is freaking brilliant.

Don’t expect mind-blowing broadway performances when it comes to the dancing or singing, this isn’t what the performances are about. What makes these performances special are the authenticity of emotion they are expressing with their body language and words.

The rest of the cast did a magnificent job supporting these two actors with their joyful spirit and commitment to this film, also JK Simmons’ cameo is hysterical.

The last standout for me was my city, Los Angeles. I’ve never seen LA portrayed like this on screen and look that beautiful. Damien Chazelle manages to capture the beauty and romantic elements of my city in a way that I usually don’t think about it very often. I loved the balance that he found because he also incorporated how much of a hard environment LA can be especially when the people here are young and trying to be artists. Los Angeles is filled with people who are trying to do the same thing as other people which can make it a tough place for individuals to find their own way in.

I’m currently listening to the music right now because it’s so beautiful and inspirational. It was dazzling throughout the movie and I just wanted to get up out of my seat and dance to the tempo. It’s crazy to think that original music could be this good. The music was revolutionary as I thought it sounded like it came from the 1950’s, but enhanced to feel like it’s from our time now.

Everything about the lyrics, the lighting, the camera work, the colors, the cinematography, and atmosphere was enchanting. This inventive sound also played a significant role in the themes  of La La Land. My favorites songs were seriously all of them, there’s no chance for any other original songs to win at the Academy Awards this year. 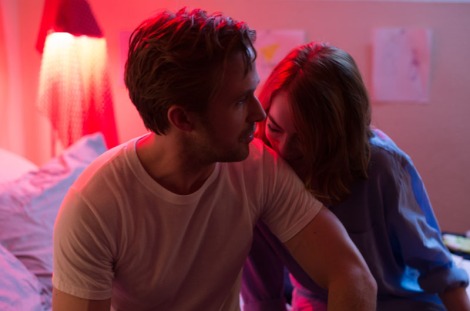 This message spoke to my heart as a person. La La Land deals with two different people who have different passions and try to pursue those while loving each other. The conflict of this story is the modern struggle of these two artists and dreamers which felt timeless and universal to anyone seeking a profession. This film convinced me that this genre has something to say to me that I never thought I would be able to receive. The themes are love, sacrifice, and compromise. The way these themes were able to come together along with the melodies to help express that subject was extraordinary.

One of my favorite lines in the film is “how are you gonna be a revolutionary if you’re such a traditionalist? You hold onto the past, but jazz is about the future.” That piece of dialogue is significant with the importance of keeping passions alive, such as jazz, and which competitive directions to take during our own personal paths in life. Should a person focus on their dreams with years of continuous obstacles and potentially never reach them, or is the dream a successful occupation that pays enough to take care of oneself? Those themes are explored unforgettably in this movie, it’s truly fantastic.

I didn’t have negatives with La Land Land other than the opening number at first. The beginning was excellently choreographed, but as the film went on I began to understand that this world was only a musical bubble for the two main characters as they saw their world differently with each other than with other character’s because of their romance. I also thought there was some issues with the music being recording, the I could tell there was lip syncing at times, but it doesn’t hurt the film for me in the slightest. 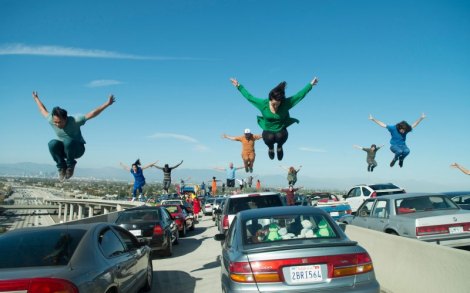 “City of stars are you shining just for me?” Musicals are not dead by the slightest. This was a marvelous feat for director Damien Chazelle as a story teller. I could feel his personal experiences transcend onto the screen and what he was able to accomplish with a musical is breath taking. La La Land had everything I look for in an incredible film: amazing story, themes, music, performances, characters, dialogue, and passion. To bring all these elements together in an inventive fashion is why La La Land deserves all the praise it has been getting; it was delightful and worth paying full price on the big screen. Thank you so much for reading my review and I hope you love this film. My rating for La La Land is 10/10!

One response to “Review: La La Land (No Spoilers)”