“Two priests travel to Japan in an attempt to locate their mentor and propagate Catholicism.”

This film had me excited the second I heard that Martin Scorsese was attached. This was a life long passion project for him ever since he read the novel by Shusaku Endo. Silence was one of my most anticipated films of 2016 because it was being made from one of the greatest directors with an incredible cast. Scorsese always had subtle religious foundation in his motion pictures when it came to the themes.

The stories he chose to tell were opportunities for him to comprehend his own beliefs. Silence is the primary example of Martin Scorsese illustrating faith from his perspective. Unfortunately, this film did not meet my expectations, but I was still blown away with certain aspects that are worth seeing on the big screen. Let’s get started! 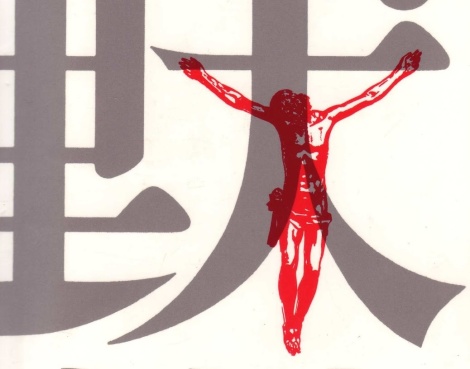 I loved the entire narrative until the end of the second act. Silence is about two Christian missionaries in search of their mentor who has been captured by the Japanese during a time where Christianity was outlawed. The film hooked me right away by showing several priests being tortured by the Japanese government and I cared to discover why they were treating people like that. This was intense conflict that I was intrigued to watch because it was a clash of religions.

I was invested with the main characters’ journey as they showed compassion for everyone they encountered in hopes to rescue their friend. My issues with the story are it felt too long due to imbalanced pacing and it became extremely redundant when they emphasized on the bastardization of faith. I also felt the ending was underwhelming because it diminished the impact of all the events in the story.

Was Silence a nice film to look at? ABSOLUTELY. The Wolf Of Wall Street cinematographer, Rodrigo Prieto, did an amazing job of capturing nature and it’s color depth in Japan. Nature in this film was essential to the story because the priests were surrounded by the foliage once they arrived and it was used to show the presence or absence of God in the natural environment. The majority of Silence involves hiding which I can tell was incorporated in the aesthetic of the film.

Kim Allen Kluge and Kathryn Kluge did a fantastic job composing the score for this film because they created an unconventional zen-like sound. I’m glad Martin Scorsese didn’t want to incorporate Japanese music or Gregorian chants because the atmosphere is more about nature and the persecution of priests. The impressive aspect of the music is that it managed to sound like the noises of nature while being musical simultaneously.

Andrew Garfield is an incredible actor. I saw his previous film earlier, Hacksaw Ridge, and I thought it was the best performance of his career. In Silence, I think he was even better. I truly believed he was this passionate priest and it surprised me how vulnerable he became in certain scenes. He has a phenomenal acting range and I can’t wait to see what he’ll be doing next.

Shin’ya Tsukamoto almost out shined Andrew Garfield. I was drawn to his character and performance because he seemed so unbelievably faithful to the Christian faith, even more so than Garfield in their scenes. His task as an actor was to make me believe that he was in love with this outlawed religion and he completely showed it with fear, love, and spirit. 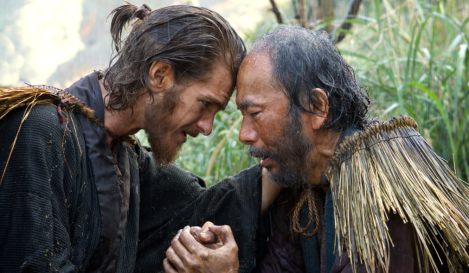 Adam Driver is always great in anything he’s in, I just felt like his character was wasted. There was a scene where I thought his character would be taking a specific change in direction with his faith and how he expressed it, but I think a lot of that story with his change was told off camera when they were on a boat for 2 years on their way to Japan. Even though I think they were hinting at that, his character arc was wasted.

I expected more Liam Neeson in the movie, but the limited screen time was great because it just proved how effective he still is as a performer. I despised his character and I think that’s what he wanted the audience to feel when it came to his character change and motivations.

Issei Ogata played the main antagonist and he did a brilliant job at portraying The Inquisitor. I can tell this amazing character actor puts so much work in his roles starting from internal to external areas, meaning what king of facial expressions to make, control of his body, his tone, and use of vocabulary. His villain was oddly unconventional because he was not motivated for necessarily bad reasons. The brutal actions he enforced were due to his position, he simply does it out of loyalty for his job within the government. 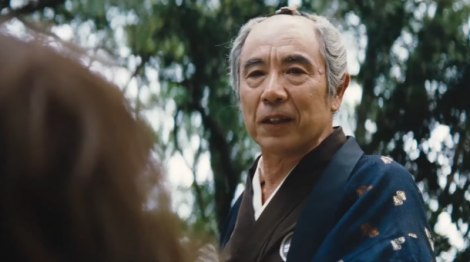 I loved the themes of Silence. The film touches on faith, love, abandonment, and loyalty. Those themes are focused on religion in this story and explore whether the characters under these lethal circumstances will surrender the faith. I was able to notice that these themes throughout this picture were a force that consumed Scorsese. I felt like he was trying to tell me that the silence of God was the depiction of abandonment and faith.

The Japanese Christians were being tortured to death without any help and the priests told them that if they prayed they would be resurrected to paradise. Faith was a strong factor because the whole point was to not forsake it, those who did would lose their dignity and purpose. I think faith, whether it be in religion or yourself, is important because it prevents individuals from giving up and acts as a pathway for solutions. Faith gives us purpose and allows us to question our own existence. Why do we exist and what are we meant to do on this earth with the life we were given? This discovery and acceptance, I believe, can set us free in the mind, body , and spirit.

Martin Scorsese is still proving why he is one of the greatest directors. The storytelling, editing, performances, cinematography, music, and themes were all flawless. I thought the film did suffer from pacing issues and was redundant in the third act which prevented me from loving it as a whole. Thank you so much for reading my review and I hope you love the movie. My rating for Silence is 8.5/10!