Movie Description: “A divorced father and his ex-con older brother resort to a desperate scheme in order to save their family’s ranch in West Texas.”

“From the writer of Sicario,” THAT’S ALL I NEEDED to label this as one of my most anticipated films of 2016. My excitement also increased with the phenomenal cast of Ben Foster, Jeff Bridges, and Chris Pine. I love heist films due to their intensity and thought this would easily be one of my favorite films of the year. Let’s get started! 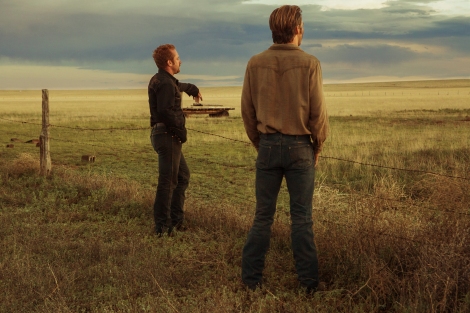 I loved the narrative because I completely understood why the characters were making the decisions they made. This was a film about two brothers who become poor and are forced in this situation to fight back in order to save their mother’s home and survive. I was hooked to the story right away because it opens up with a bank robbery. I already wanted to know what drove the characters to that point and how they managed to escape justice consistently since it wasn’t their first time. Hell Or High Water didn’t feel like a morality tale, it felt like it was a mirror reflecting society that was saying this is what happens when you push individuals to the curb who can’t afford to live.

The protagonists and the antagonists were both struggling with the times which made this the perfect modern day western as one of the traditional themes in the majority of westerns is “the times, they are changing.” This theme is what makes the conflict interesting; the heist brothers are not able to keep up with the payment increase from banks which make them resort to crime and the old Texas Sheriffs, brothers by vocation, try to keep up with the clever schemes. 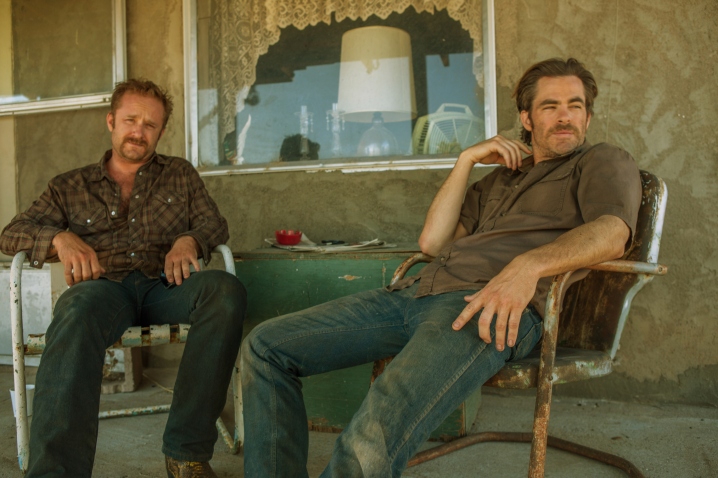 The dialogue alone was enough to captivate me, here’s how I know the writing was AMAZING…I was rooting for both the protagonists and antagonists simultaneously. There were some scenes that I thought took away the focus of the story, but other than that Hell Or High Water had everything a great story should have; a hook that grabbed my attention, obstacles, intriguing characters with motivations, and stylistic speech.

YEEHAW the main cast was exceptional! All these performers TRANSFORMED into their characters and completely committed. I never saw the actors, I saw the characters. The stand out for me was Jeff Bridges. He was BRILLIANT in every frame that he was in. Bridges was able to alter the speech of his voice in such a unique way which made his character so interesting to listen to as he was discovering how to catch the criminals. He gave one of the best performances of the year and one of the best performances of his entire career.

Ben Foster is a chameleon. In this role he had to play this unhinged ex-con and was able to show that he was fearless, protective, witty, stubborn, and caring. His chemistry with Chris Pine was outstanding and felt so real. He always manages to blow me away with his performances.

This is Chris Pine’s best performance ever. I loved his character because I could tell in his eyes that he really loved his brother and his kids which is why he wanted to steal money to protect them. In his perspective, it was the ONLY way to support them and he made me believe it. He also was able to show how shameful he was while not being afraid of going to that dark place in order to get what he needed. I thought I would see Captain Kirk, which is who he plays in the rebooted Star Trek, but no I saw a different man.

Was Hell Or High Water a nice film to look at? WELL I’LL BE DAMNED, ABSOLUTELY! The first thing I noticed with the film from the opening shot is that the use of light was very effective because it gave me a sense of heat from the locations. The land was very much a character of it’s own because it was set in a dust bowl-like rural section of Texas which was filled with farmers and cowboys.

The camera was able to show me visually that the land betrayed it’s people during the dry seasons and that’s when the banks used the opportunity to repossess land resulting in the ghost towns. The landscapes were not sustainable which played an important factor with the intentions of our the main characters, that’s perfect cinematography from Giles Nuttgens.

Nick Cave and Warren Ellis made music for this film that felt deeply emotional, epic, and expansive without feeling overwhelming. I really enjoyed it as it fit the style and tone smoothly.

The main theme I noticed from Hell Or High Water was stealing, particularly stealing of someone’s land. There was great parallelism between this story and the injustices carried out on the lands owned by Native Americans. “Lords of nothing now” was a line form the film that really stood out to me. As we know, Americans, Spaniards, and Mexicans stole from the Natives which resulted in Comanche. The Comanche were among the first to acquire horses (from the Spanish) and resisted white settlers fiercely. This act of rebellion is exactly the same action that the main characters took and I supported them throughout. This film raises awareness that Native Americans once were the rulers of this land and should receive more respect and support financially from our nation since they are the poorest ethnic group in America.

Another theme I noticed was love and brotherhood. Even if the brothers didn’t have enough money to make for their family, love was their real currency because they were rich in that.

“Because you asked little brother.”

This movie had a gripping story, extraordinary performances, beautiful cinematography, important themes, intense action, funny humor, and compelling music. There are a few scenes I mentioned before that felt awkwardly implemented and the pacing at times was slow. Other than that, this is an excellent movie that did just enough to make me love it. This is worth seeing on the big screen. My rating for Hell Or High Water is 9/10!