Movie Description: “Several months after the events of Captain America: Civil War, Peter Parker, with the help of his mentor Tony Stark, tries to balance his life as an ordinary high school student in Queens, New York City while fighting crime as his superhero alter ego Spider-Man as a new threat, the Vulture, emerges.”

This was, by far, my favorite movie going experience at the theater this year. I’ve waited my entire life to see Spider-Man interact with the rest of the Marvel heroes within a Marvel Cinematic Universe and that’s exactly what I got in his scene stealing introduction for Captain America: Civil War. I couldn’t believe that I was now having the opportunity to see his standalone film with people I love and the love of my life. 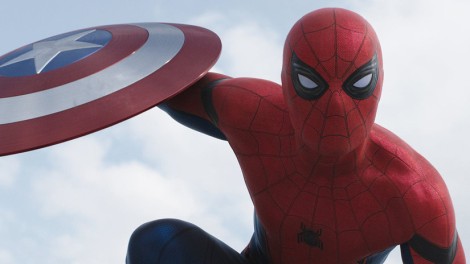 The best part about this event was seeing my loved ones and strangers coming together in harmony to celebrate this character who has shaped my morality. My face hurts right now as I just could not stop smiling, I had such a blast. I haven’t walked out of a Spider-Man movie feeling this great since Spider-Man 2 back in 2004. Spider-Man Homecoming was SPECTACULAR and AWESOME! Let’s get started 🙂

I was invested with the narrative the entire time because it’s perfectly set up in the world of the Avengers, that’s what made this Spider-Man story so refreshing. The opening hooked my attention immediately as it takes place right after the battle of New York where men are cleaning up the scraps from the alien (Chitauri) weapons. After this fantastic connection, a modern rendition of the 1960’s Spider-Man theme starts to play along with the credits and it’s like my heart was going to stop with the amount of exhilaration I was feeling. I felt like a little kid again filled with electrifying enthusiasm. After the opening credits, it transitions to a homemade video of Peter Parker filming himself as Spider-Man during the iconic airport fight scene in Civil War which perfectly established the youthful spirit of this story.

This version of Spider-Man captivated me because I related to him completely and wanted to know more about his personal daily life. Peter looks up to the Avengers just like I look up to him, I know that feeling, I understand him and why he wants to always do the right thing because we both have that choice to make, that responsibility to handle. I loved seeing the conflict he had of balancing his education, reputation, relationships, and fighting crime; it reminded me a lot of Spider-Man 2. I counted about five villains in this movie and they were all handled with care. The filmmakers knew exactly how to use and set up their antagonists to best serve the story for this realm. The wants and needs of the characters were clear which paved the way for a chilling main villain, The Vulture! The dialogue was witty and I had such an awe-inspiring time watching Spider-Man’s quest for acceptance as a teenage individual and Avenger.

Tom Holland is the perfect Spider-Man for this specific incarnation of the character. He perfectly captured the essence of a gleeful kid with incredible abilities who wanted to embrace his purpose. Because of how confident and charismatic he is in real life, I could tell that Holland was acting the part. In a few scenes he didn’t fully convince me that he was this socially awkward outcast in school who wasn’t capable of charming others. He managed to carry this movie by exhibiting behaviors such as kindness, bravery, fear, and keen intelligence. There was one scene that started to bring tears to my eyes just because of how moved I was, he is Spider-Man!

It was a pleasure to see Michael Keaton play the Vulture as he brought so much intimidation through the character. I was terrified of him in several scenes because of his sharp and aggressive demeanor. The costume looked fantastic and his motivation to to survive by selling stolen weapons allowed me to comprehend his actions. He was thriving on scraps just like vultures do, but he didn’t see it that way which made him interesting and relatable in a certain sense.

Jacob Batalon was cool as Ned, I needed to believe the friendship was authentic and I got that from his chemistry with Holland. He could have easily overreacted the role, but he kept it natural which was the right choice. 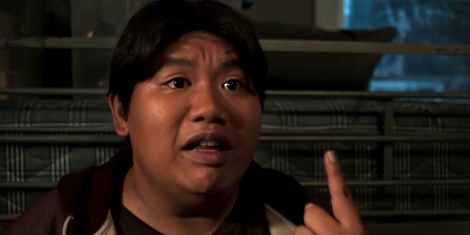 Marisa Tomei is a great actress, but it’s so unfortunate that she is not used well at all. They over-sexualize her and it’s upsetting when the main focus should be how she inspires Peter.

Everyone else did a great job at committing enough to bring their characters and this world of Spider-Man to life!

Was Spider-Man Homecoming a nice film to look at….ABSOLUTELY! For the entire movie, I felt like I was right there with Spider-Man. I was immersed; I felt like I was Spider-Man again swinging around New York and that’s vital when trying to capture Spidey’s dynamic visual style. This cinematography choice of keeping it grounded as possible made it more relatable because it felt like it was something you could actually film. The lighting emphasized the CGI rendering on the practical suit, which was noticeable. Besides that, this was a colorful movie!

The songs used in the movie were great for the high school atmosphere. I loved the modern 1960’s Spider-Man theme in the beginning more than the original theme for this film. I thought the main theme was serviceable!

The lesson I got from this movie is that I need to accept myself for who I am regardless of what others think of me. Through Peter’s journey, he continuously tries to capture the attention of Iron Man so he can be recognized for his greatness from his role model. He wants that acknowledgment so bad, he craves it. As a result, Peter lacks focus and struggles with his social environments, internal issues, and helping others as Spider-Man. When he fails and has to suffer the consequences he claims,”I’m nothing without the suit.”

That statement is something I never imagined hearing Spider-Man say, but oh my freaking goodness there’s a specific scene where his character evolves from that attitude and accepts himself for who he is, what he stands for, which easily became one of my favorite scenes of all time. Spider-Man discovered that he was worth something, something great and truly powerful within his own heart. With great power, comes great responsibility!

I am beyond happy that I loved this movie and I had the privilege of seeing it with such a phenomenal group of people. The feeling I had the whole time was pure joy. I love this character so much and I was reminded why. This film was clever, entertaining, funny, emotional, action packed, and motivating. I recommend seeing this on the biggest screen you can at full price, it’s worth it and thank you for reading my review! My rating for this film is 9.5/10 🙂