James Bond is a legacy on the Silver Screen. Anyone who goes to the movies or is in tune with pop culture knows the mark that James Bond has left on film. The stories that have revolved around him have entertained millions for decades and even after 24 films the franchise has not stopped its steam.

Good ol’ 007. Everyone has seen at least one of these movies with these fine gentleman in them.

Casino Royale really grounded Bond, no more silly gadgets, goofy villains, and crazy antics. Casino Royale brought a new gritty tone to the franchise and is a reason why it is taken so seriously today. Skyfall only added to that charm even more and the box office numbers don’t lie.

The success of the new Bond films not only relies on the villain and the story. It’s Bond himself that carries most of the weight of the film. The role of the Bond we see on screen now went to Daniel Craig and it is really what put him on the map as both an action star and a serious actor.

Daniel Craig has stated that he is tired of playing the role which is understandable. No actor wants to stay in the same role forever (with the exception of TV). He was originally offered a hefty sum of 68 million pounds and refused that. Now the studios are offering 150 million to return as the character.

Daniel Craig’s Bond really revitalized the franchise and the studio executives appear to really see him as the key to transitioning into a new younger bond when it becomes available (Source: telegraphUK article above).

I really do not agree with the 150 million dollar sum to get Daniel Craig back. Here’s why:

Firstly, Daniel Craig himself is done. He has said himself that he’d rather slash his own wrists then go back and play Bond. Now, yes, I know that he also stated later on that he’d come back only if he could physically do it (Source: stated in The Guardian article above). However, I think after several movies he himself knows his body better than anyone. If he’s physically not able to carry on anymore and he knows that then there’s no reason to force someone back into the role. It seems like Daniel Craig is finished and an actor who doesn’t care about the role anymore won’t give the greatest performance no matter how much money the studio will give. 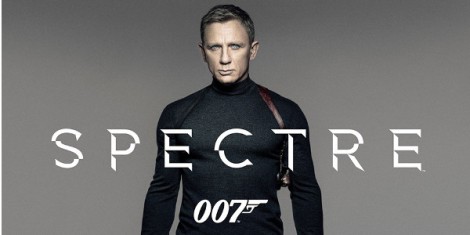 Spectre may be the last Daniel Craig Bond.

Secondly, consider the money. 150 million dollars is a budget of a film. If we’re talking American currency (which we’re probably not considering he is British, it’d be way more, but just for the sake of example) then that sum is more than the Captain America: The First Avenger budget! The studio could dedicate just half of that sum to another film that deserves a chance at being funded. It is rather unnecessary to pay a hefty sum just to get an actor to come back to a role where he feels he is both physically inadequate and no longer interested in.

Thirdly, there are plenty of other contenders for Bond that can really bring new heights to the franchise. They don’t even have to be that young! There are tons of really talented actors out there that can really shine as Bond, Daniel Craig’s Bond was amazing, but he is definitely not the end all be all.

So if that’s the case who should be the next Bond? Here are my top 3 choices:

Honorary runner ups whom I would not mind as Bond: Idris Elba, Jude Law, and Tom Hardy.

Bond is a timeless character and Daniel Craig was amazing as Bond and there’s a lot we can thank him for (such as revamping the Bond franchise). However, 150 million is seriously pushing it and there are new actors who can bring something great to the table for the lore and the series.

Who would make a good Bond? Is 150 million too much? Let me know what you guys think! Thanks everyone 🙂