This movie has been out for weeks. There should be no “spoilers” in this cause you all should know the story by now. If you haven’t seen the film, what are you waiting for? Do it. Do it NOW!!! 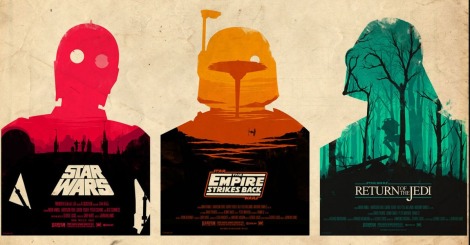 I’ve been a fan of Star Wars since I was nine years old. Not only have the films impacted my childhood greatly, but the novels, comics, and games all have a soft spot in my heart.

In fact, way before the announcement of a new film, what Star Wars fans call the “Expanded Universe” was all that we had. The Expanded Universe was filled with characters that I came to know and love. Kyle Katarn, Revan, Corran Horn, Lumiya, Abeloth, Overlord Shimraa, Cade Skywalker, Mandalore the Ultimate, Antares Draco, Zayne Carrick, Meetra Surik, Anakin Solo… the list is infinite.

When George Lucas (the man who arguably ruined Star Wars despite being the creator) sold Star Wars to Disney I was upset. Not because I thought Disney was going to put Princesses or other crap, but because I knew that if they were going to make new movies, the Expanded Universe I came to love would have to die. At the beginning I was biased against it. Even after the first trailer dropped I was still adamant that this movie sucks and that the EU (Expanded Universe) will always be better. 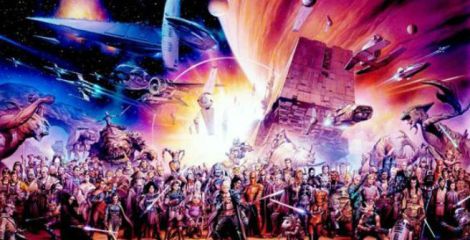 Is it bad to say that I was wrong?

What I LOVED about this film:

-The visual effects are phenomenal. I love the mix of practical effects and CGI. One of the most flagrant problems I had with the Prequel Trilogy was the overuse of CGI. It’s refreshing and nice to finally get practical effects and practical sets again. Props to the actors and crew for filming in the desert, the end result was phenomenal and they managed to make a desert look and feel like the planet Jakku without even trying.

-The acting is terrific. If there’s one thing that plagued the Star Wars saga was subpar acting. Even in the Original Trilogy, line delivery and the overall mood of the actors were dull, cheesy, or lacking. The Force Awakens cast is talented, the director does a great job of guiding the actors, and the old cast have grown up and matured into their roles. Overall the movie’s acting is definitely not Oscar worthy, but the first Star Wars film to actually carry its own weight in that department.

-The story. I understand the criticism behind the story completely. In many ways, it did feel like a rehash of the Episodes IV-VI, but it did it so well! You have to understand, after the prequel trilogy was released, Abrams and the studio had to play it safe. There’s no way that this movie could fail or else… man I don’t even want to think about it. The story hearkens back to what Star Wars was all about and it was something fans of the old trilogy and new fans and kids could all enjoy. The story goes way back to what Star Wars was originally all about, fighting against insurmountable odds with the great theme of hope and “the light side”.

-It. Was. Too. Short. That’s all really haha. I know this film had a run-time of over 2 hours but it went by too fast. It could have gotten away with an extra 15 in my opinion. Maybe it could have expanded more on the Knights of Ren, and possibly extended the cameo we got at the end.

I am a die-hard Star Wars fanatic. This review is my honest opinion without any bias. Star Wars VII is a breath of fresh air, and the nostalgia factor added to it helped as well. Definitely one of those movies that will be remembered for decades to come, just like the Saga we originally had. Finn, Poe, Kylo, Rey, Hux, and the ever so menacing Snoke are all amazing characters added to the Star Wars lore. I’m glad they’re a part of this universe.

Was this movie worth the cancelling of the EU I grew up with? I can safely say yes. May the force be with you all!

One response to “Tim’s Review of ‘Star Wars Episode VII: The Force Awakens’ (No Spoilers)”