“An uncle is forced to take care of his teenage nephew after the boy’s father dies.”

I saw the trailer for this film when I watched Hacksaw Ridge and I didn’t know what to make of it. I was definitely going to see it because Casey Affleck is a great actor and Michelle Williams is one of the greatest actresses working today. From the released teaser, it just seemed like it was about an uncle trying to seek guardians for his nephew and that didn’t peak my interest. Manchester By The Sea is a POWERFUL film that was able to bring me to tears. This was one of my favorite experiences at the theater that I’ll never forget and I could feel the attention of the atmosphere hooked onto the screen. I freaking LOVED this movie. Let’s get started! 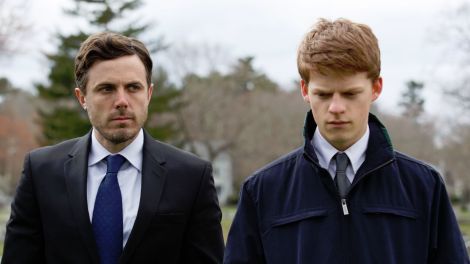 The way this narrative was told was superb. I’ve never seen flashbacks used as effectively as they were in any other film than here. This unconventional way of story telling was refreshing and kept me extremely engaged to discover why certain characters were behaving the way they were. The reveals were jaw dropping. I truly cared about everything the plot offered. This story is not a feel good journey to follow, but it was fascinating to watch something that felt so real and impactful, especially when I was able to relate with it so much with a recent tragedy of mine. I loved every second of the story and it would not have worked as perfectly as it did without the phenomenal performances.

Because of what he brought to this role, Casey Affleck is one of my favorite actors working right now. I’ve always thought he was underrated, but now it’s just insane how much talent he has. He was riveting enough to make me cry and gasp in a few scenes because he became this character I really empathized for. He perfectly played this brooding and lonely man who, as an actor, never made the choice to show me physically how he felt, it was all in his eyes and what he was thinking about in specific moments that I could sense.

I’ve thought about his performance every day since I’ve seen the film and I can definitely see him winning the Academy Award for Best Actor. This is the kind of acting that I can’t see anyone else do that would perfectly suit the role, MAYBE Daniel Day Lewis, maybe and that speaks volumes. This was the clear standout because I was truly blown away with Casey Affleck every time he was on the screen as his character.

Michelle Williams is a force of nature. She can definitely win the Academy Award for Best Supporting Actress with one scene that I saw because she was not afraid to show the vulnerabilities of what her character was feeling, which is always to the appropriate extreme. She brings all her roles to life and it always elevates everything that she is in. Williams was unforgettable in this and became the perfect supporting character. 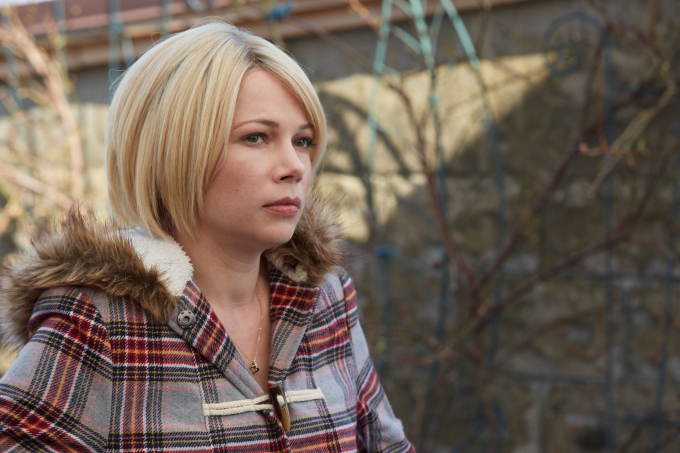 Lucas Hedges gave a breakout performance. I really loved his character and his interactions with everyone else. He gave brittle humor to the film and also authentic deep emotion when the time required it. This was a character who had it all, except he’s never experienced grief. I use to feel very similar to him and seeing that development with his process gave me a great counter perspective on the human conditions that were explored in this film. Hedges brought levity to this traumatic story excellently.

The rest of the cast were all outstanding. The director, Kenneth Lonergan, wrote this script and I could feel all the words acting themselves. He directed his actors in such a refined way that, ultimately, made this a magnetic ensemble.

The main messages of Manchester By The Sea are tremendously compelling. I interpreted that this film was about grief, forgiveness, and purpose. All these themes are centered on Affleck’s character in such a beautiful way. It was extraordinary how these themes were all expressed to form this efficient character piece. Forgiveness is a gift that we can all use to find peace and self love.

With resentments, an individual would never be able to move on in life with complete harmony. It takes an enormous amount of strength to realize that letting go will set one free.  Without self love, a person can be consumed by hatred, anger, bitterness, and their only purpose will be driven by empty obligations they pass the time with. Life is compromised without a sense of purpose and all of those themes were a fantastic reflection on that.

I was immediately thrown off when I saw a certain actor appear in the film. The person was particularly noticeable, but the director managed to use him properly without it diminishing the genuineness of the story and I no longer had a single flaw with the movie.

After writing this review and thinking about it more, this is my favorite film of the year so far. I really loved it, it impacted my emotions and thoughts so much without telling me what to feel. It was just a story that I watched, related to, and cared for with immensely touching performances. The writing, acting, story, direction, timing, music, environment, sound and cinematography were all brilliantly executed.

It’s impossible to have all these elements work as perfectly as they do in films like these. You will feel the length of this movie which will either be a minor issue or not. In my heart, Casey and Michelle gave performances that are Oscar worthy. Thank you so much for reading my review and I hope you love it when you get the chance to see it. Manchester By The Sea is worth seeing at full price of admission and my rating for this film is 10/10! 🙂